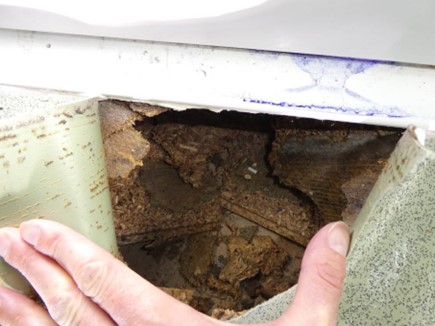 Our clients have been awarded £8,500 in compensation after launching legal action over mould and rodent droppings in their home. The husband and wife, had to endure horid living conditions in their two-bedroom terraced house in Gosport, near Portsmouth, for many years.

Mould was found in the bedrooms, where their two young children, aged 2 and 8, slept, as well as the landing, kitchen and bathroom, which also had a broken extractor fan and mice droppings.A leak in the bathroom dripped down into the kitchen ceiling, while another in the roof trickled onto the landing and living room, leaving the carpet damp.

The family lodged continuous complaints with their housing provider Vivid Housing Limited since December 2019 to no avail, before seeking legal advice in August 2020.

We had originally settled a claim on their behalf for £2,500 in May 2021 to bring the living conditions up to legal standards within two months. But when this did not happen two months later, we pursued a breach of contract claim, were we reached a settlement of £6,000 pre-issue.

The couple accused the housing provider of half-heartedly attempting to fix some of the issues, adding: ‘We’re really disappointed in the way we have been treated by Vivid housing. From everything being swept under the carpet to bodged work. The stress they have caused us has been unbelievable and now that we have won our case, rather than fixing things, they are evicting us. It’s disgraceful how big companies can treat people for merely wanting to live in a damp free home.’

Our Hosuing Disrepair team manager Mr Mansfield stated: ‘No one should have to live in a home with housing disrepair of any kind, let alone with two young children. After complaining for over six months, the couple rightfully sought legal advice. They wanted a resolution and we therefore ensured that they were compensated, subsequently making provisions for the property to be brought up to legal standards. If you or someone you know is living in conditions similar to our clients, then please do not hesitiate to get in touch to pursue your legal rights as a tenant.’

Below show further images obtained from our surveyor from inside the property: 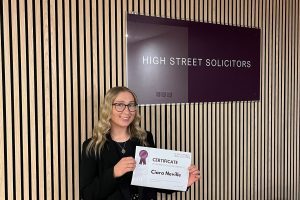